AirBit Club Reviews - What Is It?

DO NOT USE AirBit Club!!! You Must Read This Review!
Fully Researched: Price, User Feedback and More! 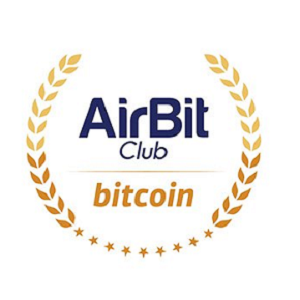 AirBit Club is a company that has been around for a while. In fact, it launched in late 2015 by Gutemberg Dot Santos and Renato Rodriquez who have been involved in two companies with a similar business model, namely WCM777 and ViziNova. Both of these companies are associated with some negative opinions about the legitimacy of its opportunities. AirBit Club doesn't offer any services or retail products, but it allows you to promote your business opportunity. To succeed you will need to become an affiliate first. Only then you will be able to get access to their marketplace where you can purchase different crypto currencies including bitcoins and trade them. It is a classic scheme how you can buy at a low price and sell at a high price. The company's responsibility is to provide you with the resources and tools to trade these currencies in the right way. Once you promote the affiliate membership you get an opportunity to earn commissions, which will allow you to make some additional money. Let us take a look at what real members of Airbit Club think about it.

Before we take a look at the real customers' reviews, let us discuss AirBit Club Compensation Plan. If you have ever been a member of a network marketing company before, you probably know that you can earn money for selling products to retail customers or sponsoring new representatives. The matter is that the company doesn't have any retail products for you to sell. It means that you can only sponsor new representatives who invest in their packages. In fact, there are three packages available. Executive package costs $250, Corporate is available at $500, while Pro is priced at $1000. Half of this money goes into paying affiliates. The other half is invested into the bitcoin mining. There is an opportunity to earn 20% commissions if you sponsor another individual in the business who purchases one of those packages. You are also promised an ROI every 75 days between 0.2% to 1.2% every day. After this term, you will have to renew and will be charged at 35% of the original rate.

It is important to discuss AirBit Club Matrix compensation. It means that commissions are paid out via a 3x18 matrix compensation plan that generally houses 581 million positions. Starting with the Executive package ($250) you are limited to three levels deep in the matrix. With the Corporate ($500) pack you will have access to seven levels, while the PRO pack ($1000) will provide you with all eighteen levels. Speaking about binary compensation, you will get paid in this plan. You will have to involve two people into business. As these two positions earn 200 points each, you will get a $20 commission. In this way, the Executive pack requires 200 points but you are limited to $500 per day. The Corporate pack requires 400 points for you to earn $40 in commissions. You can get no more than $1000 per day. The Pro pack requires 900 points for you to get $90 in commissions. You are limited to $10,000 per day.

As a matter of fact, there are no so many real customers' reviews about AirBit Club online. The available testimonials carry a mixed character, which means that there are both positive and negative opinions. While some people report that the company has provided them with a wonderful opportunity to earn money, the others claim that this is a scam and another pyramid. Unsatisfied people are usually not members of the company and just express their suppositions. Let us take a look at the testimonials written by the actual members of AirBit Club.

"I am satisfied with my membership in AirBit Club, mainly because it gives me an opportunity to earn real money. However, I was not very pleased with some changes in the club's rules about how much they will payout. For example, I will receive $5000 less than I was supposed to get before the new rules went into effect. However, I am happy that I can receive my daily payouts. I would not recommend exceeding the max payout; otherwise, the company won't be able to pay out the excess of money. I am glad that I signed up for the membership and I am ready to defend Airbit despite all the changes they have implemented. I can easily earn $500 per week and that's great!"

"My brother is an investor of the AirBit Club and I am a crypto trader. I can say that people who are writing negative things about our company are just promoting Binance that also has a binary system. This is my third year of working in the company and everything has been functioning fine for many members. I am pleased with what the company offers to people and I think they are also happy with their earned money. Personally I will continue to work with Airbit."

"As an affiliate at AirBit Club I am very contented with this because I am now experiencing financial freedom. Nobody can stop me from sharing the opportunity that this company gave me! Everyone who writes negative wrong things about our company should know that our trading profit is not based on membership or new entries!"

Summing up everything we have learnt about the AirBit Club, this company seems to be a worthy option for earning additional money. We took a close look at some of the most important details of the club and learnt that it does not have any services or retail products. You can earn money on commissions on affiliate membership. There is no proof of trading and the way how ROI is made, which may mean that this company uses a pyramid scheme. One element of the Ponzi scheme is that you get an ROI every 75 days. This is claimed to result from trading and as we looked deep into the issue it seems to be really so. Some other modern companies go this route too but they are not as reputable. It also seems that newly invested money is paying off the current members of the AirBit Club who are creating these ROI's. Since there are no services or retail products, the company seems to follow a pyramid scheme. But there is nothing bad about this principle, since people are just sponsoring new representatives.

The AirBit Club has lasted for a long period of time, which means that the people who are working very well being members of this company. Maybe if they introduce a retail product, it would be different. Based on our review, there are many positive customer reviews about the company on third-party websites. Those who have been in the network marketing field for several years recommend joining this company. If you have any questions, you can ask them by calling at the phone provided on the official website of AirBit Club. This company will provide you with step by step explanation on how to build an affiliate marketing business online. It offers proper training, tools and mentorship. It will also allow you to grow your current business. Taking into account all advantages and disadvantages of the AirBit Club, I would recommend this company.

In order to join AirBit Club you will have to pay $50 per month in addition to choosing one of the following packs. The Executive pack is available at $250, Corporate costs $500, while the Pro pack is priced at $1000. 50% of the fee is directed into paying affiliates, the second half goes to bitcoin mining. The member of the company can earn 20% commissions if they sponsor a person in the business who purchases one of the higher mentioned packs. Each member is also promised to receive an ROI every 75 days from 0.2% to 1.2% per day. After that period of time, the person will be charged at 35% of the original rate and will have to renew.