Car Monkey Reviews - What Is It?

WARNING: DO NOT BUY Car Monkey Until You Read This Review!
Is it a Scam? Does It Really Work? 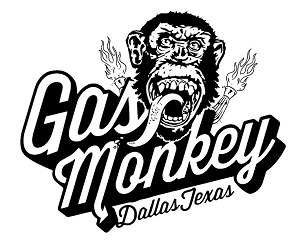 Car Monkey is an advanced data interface able to communicate with your car, retrieve diagnostic data, and deliver a comprehensive analysis of any problem you may be experiencing. It is also advertised as a personal diagnostic computer for your vehicle. The official website claims that all you have to do is to plug the device into the ODB-II port under your car's dash and turn on the application. You will be notified of the problem you are facing, its severity, what will happen if you don't pay attention to it, how much you will need to pay for fixing it and how much time the repair will take. In this way, you are promised to have an opportunity to save money and not be ripped off by unclear mechanics, whether you own a SUV, truck, car, or RV. According to the manufacturer, Car Monkey is able to identify any kind of problem, whether with tires, brakes, transmission, coolant, oil pressure, airbags, safety, fuel, or electrical systems. Is this system as effective as claimed by the manufacturer? Can you expect this device to help you notice the problem in time? Will you be able to save money? Let's answer these questions by taking an in-depth look at the technology, how it works and whether it has any better competition but at first let's see what information is available about the company behind Car Monkey?

Well, the system is offered by the company called Telebrands which is known to be the largest As Seen on TV company on the modern market. The manufacturer has been in business for more than thirty years and has made hundreds of products, including Red Copper Pan, Smart Swab, Atomic Beam USA, and Ped Egg Power. They held a B+ rating with the Better Business Bureau at the time of writing this review. There were 28 customer reviews and about 400 closed complaints. We studied the details and found out that most of them seemed to revolve around poor customer service, low quality of the product, and difficulty getting refunds. Some customers reported that the company's representatives are completely unhelpful and rarely have a good solution to their problems. We will take a look at the real users' testimonials in the next part of this review. The official website of the company is low-informative and leaves much to be desired.

Before we move to the actual customers' reviews about the device, let us learn what an OBD-II Port is and how it works. Stephen Edelstein of Digital Trends reports that the On-Board Diagnostic (OBD-II) port can be found underneath the dashboard. It allows interface of the external electronics with a vehicle's computer system. It can be used for models manufactured since 1996 only, though. It also allows OBD scanners to determine trouble codes in order to find exact problems. The trouble codes are too difficult for an ordinary human to understand. Instead of a clear diagnosis, you will see a string of numbers and letters that is incomprehensible with no reference. In this way, the Car Monkey device allows to diagnose what is wrong with your vehicle by decoding the message provided by your car in comprehensive language. Most modern cars have computerized systems, which means that having the right tool, you will be able to identify a lot of different problems. As said on the official website, this could include anything from transmission and brakes to electrical systems and oil pressure. These claims sound promising but what are real users saying about this device?

Generally, Car Monkey has a mixed customer reputation. While some users are satisfied with the work of their system, others have too many complaints. The most common of them include high price, poor quality, negative customer service experiences and difficulty getting refunds. One buyer reports that he was restoring a Toyota Avalon and purchased an engine from Car Monkey. It seemed legit because they tested the engine before shipping it (according to the website). They also offered the five-year guarantee for better credibility. However, the quality of the product was too bad and the customer had to contact the customer support department. By the way, the shipment came with only a packing list. They wanted the man to prove that he had a poor quality engine by conducting a professional diagnosis. The customer decided not to do this, since it would cost him hundreds of dollars if the mechanic came into the engine. The man asks everyone else to do themselves a favor and have the engine rebuilt. The best option is to go to another vendor. Another customer reports that the company has the worst customer service department. The order was delivered too late. When it didn't arrive, the customer called in to get tracking information. He was informed that it wasn't even on a truck at that period of time. When the man told the representative that was unacceptable, he told him he was cancelling his order and issuing a refund. He got scared of the customer's threats of posting negative reviews online. Let us take a look at the actual customers' reviews.

"I purchased one engine from Car Monkey. I understood that they bought it at B&R Auto Wrecking in Oregon- and shipped it to me earning $400 for nothing. I had to return it paying $1500 return freight fee. The cost of the engine was only 859.00. They will take your money. My advice is to buy engines from B&R autowrecking directly. You will save a lot of money. The company offers poor return service. It is definitely not worth the money. I found out this too late."

"I ordered a transmission from CarMonkey which was supposed to be completely new. But it arrived dirty and looked like it was just pulled out of a car and sent it to me. I wanted to send it back but they refused to accept it. They lie to my credit card company that it was in a new condition. Do not order anything from this company, they are scammers! Do not make the same mistake like I did!"

"I wish I would have seen all the negative Car Monkey reviews before I started dealing with this company. They sent me a broken transmission that worked for one day only. It cost me $500.00 and broke on the second day. I had to pay another $250.00 to have it sent back. They offered me another transmission, but I could suppose that it would be not better. I didn't want to take the risk. I also had to pay a 20% restocking fee. They have terrible customer service too."

I don't think that this is a worthy company to buy any products, such as engines, transmissions or Car Monkey OBD-II scanners. The latter seems to be overprices, especially when taking into account a big number of negative customer reviews. It seems that there is much better competition available on the modern market. The users do not seem satisfied with their purchases. Even though Telebrands offers a 30-day refund policy, few people report getting their refunds successfully. But even if you do, you will lose some money on shipping and restocking. Taking into account all advantages and disadvantages of Car Monkey, I cannot recommend this product to buying.

Where To Buy Car Monkey In Stores?

You can order the product from the official website. One device costs $19.99, plus $7.99 shipping. You will be able to buy a second unit during checkout for an additional $9.99 fee. You are expected to get the smartphone app for free. All Car Monkeys come with a 30-day refund policy. To request one, you will need to contact the Telebrands customer support by calling at 855-668-1655.