Giftster Reviews - What Is It?

WARNING: DO NOT USE Giftster Until You Read This Review!
Is it a Scam? Does It Really Work? 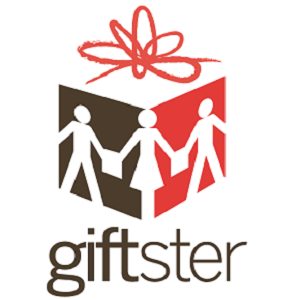 Giftster is a free Android and iOS app that can be used to create a list of the Christmas presents and share them with your friends and family members. What makes the app useful is that it allows you to create a Christmas list using a Chrome or Safari extension, through which you can add products from any site you wish. The company behind this app is based in Minneapolis. It was founded in 2008 by Ron Reimann, a man who runs two more companies: a company called SupportStore that makes silicon wristbands for fundraisers and causes, as well as a prepaid phone card business known as ZapTel. According to Reimann, Giftster is the result of his relative's idea who was a developer and his business acumen. In simple words, Reimann built the company around his relative's original idea. Giftster has popped up in different headlines and was even ranked as the top Christmas gift app.

Reimannis sure that many consumers appreciate apps because they alleviate the stress that accompanies the desire to buy the right gift for someone. On the other hand, the recipient avoids the situation of having to pretend you like the gift. The creator of this app claims that Giftster is a perfect solution for people who find picking out gifts to be a stressful process. Opening a gift, you don't need can be stressful. To my mind, the main drawback of this app is that you will know what you will get for Christmas. There won't be any surprise. In our review, we are going to find out whether Giftster is as good as they advertised by analyzing how it operates, what limitations it has and how it compares to other apps of the kind. Let's get started from how it works and what ral users are saying about the app.

You can sign up for Giftster using a phone running Android or iOS. You can install the Giftster Chrome extension to be able to add presents while accessing retailers through the web browser. Once you get into the app, you will find several options, all of which are meant to connect you with your family and friends who want to create their gift lists too. You can create a list of gifts you want for Christmas. You can do this in either of two ways - either by adding to your in-app list the link where others can purchase the item you want, or by going to the actual page and clicking on the Giftster extension icon. This will create a pop-up window with the information from the page: price of the gift, link to the page, and a star-rating showing the priority of the gift for you. You will be able to create a group - friends or family member. To add them you can send them an invitation email with a link for them to use in order to sign up for the Giftster app. When they join, they will see the list you have created. If they create their own lists, you will see theirs too.

Giftster is about thoughtful gifts, according to the creator of the app. People can use it for creating gift lists for birthdays and holidays. To see which gifts your family members or friends need you will need to click on the name you want to check. Each present they have put in their list has a rank for importance, a thumbnail photo, a brief description, and price. There are also two options: reserve and buy. The reserve function can be chosen if you have selected the gift you want to buy but you are not going to do it immediately. You can also click buy if you want to do it right now. The advantage of this method is that all people in your group see the product that has been purchased already, except for the recipient. The recipient does not see the buyer too. The app also offers the option of suggesting gifts. If means that you can add the item to the recipient's list if it is not present there but you know that this person wants it. All members of the group will see the suggestion except the recipient.

There are certain updating preferences in the Giftster app. Each person can customize twelve factors you can see as you are deciding which present to buy them. These factors include: casual shirt size, shoe size, dress shirt size, hat size, jacket size, pants size, dress size, culture and community, mailing address, hobbies and interests, as well as what not to get. If you want to buy a gift for someone in your group, you will know which size they wear. If they haven't provided size information in their preferences for some reason, you can send an anonymous request to them asking them to add this or that information. it is high time to take a look at the actual users' testimonials about the Giftster app found online.

"Giftster is far from perfect. It is hard to navigate. I cannot even figure out how to get my granddaughter's and son's Christmas lists glaring Amazon. At present I am not ready to give it a star, because it does not work for me. Can anyone help me?"

"Giftster is a terrible mobile app. It does not keep baskets from retailers to share with relatives and friends. There is just a picture, which is not helpful. I have wasted so much time of this useless app! Save your time!"

"Giftster is the most confusing app I have ever had. It is hard to add an individual along with their list. It is not user friendly and is time-consuming. I think the creators need to work more on this app."

Giftster seems to be a poor app for those who are looking to simplify their holiday shopping. It has too many disadvantages. It seems to be a great idea, but the app is mediocre. It logs you out very often and after logging in, it may ask you to log in again. The app works bad. Many users report that it also has an awful interface. It freaks out if given an unexpected command. If you exit out, the whole screen goes white and you have to restart the app again. Another complaint is absence of landscape mode for iPad. People who use their iPads as their computer usually do so in landscape mode. When app developers forget that, it makes using the app disappointing. Other apps such as GiftBuster and The Christmas List have landscape mode. Some users of Giftset report that it hasn't been updated after two years of usage. Probably, this is the reason why the app keeps glitching and won't add any friends or family members to the list group. Other say that this app works very slowly. Taking into account everything we have learnt about Giftset, this app seems to be a waste of time. I cannot recommend it to usage.

Where To Buy Giftster In Stores?

The Giftster app is absolutely free. It can be used online or on your mobile phone. If you want to pay the company anyway, they are ready to make arrangements.